We have gotten a lot of press lately and we want to share it with you! 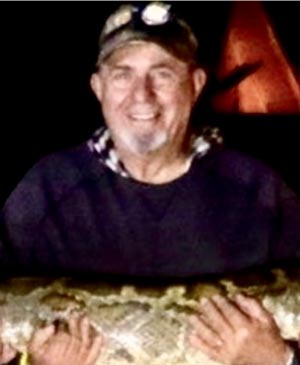 We at Bruni Infrared have gotten some terrific exposure due to the appearance of Bart Bruni, Master Thermographer, on several episodes of The History Channel’s Swamp People series and National Geographic, as well as in numerous articles including the Miami New Times.

This post will serve to document as a collection over time the video clips, articles and mentions of Bart Bruni in connection with Infared Drone Snake Hunting in the Everglades.

Articles in which Bart Bruni was mentioned

We had a great time filming with National Geographic Explorer on the episode”The Python Crisis In The Florida Everglases”. We at Bruni Infrared were happy to provide a new and better way to control them. On set with us was Philip Keoghan, a New Zealand television personality, best known for hosting the US version on The Amazing Race. Also with us on set were Bill Booth, Troy and Willy of Swamp People on The History Channel. It was an unforgettable experience and will hopefully do some major good environmentally.

We will be adding to this post over the coming months, including the full episodes as they become available for streaming so stay tuned and thanks for checking us out.